Please feel free to contact us. We will get back to you with 1-2 business days. Or just call us now. 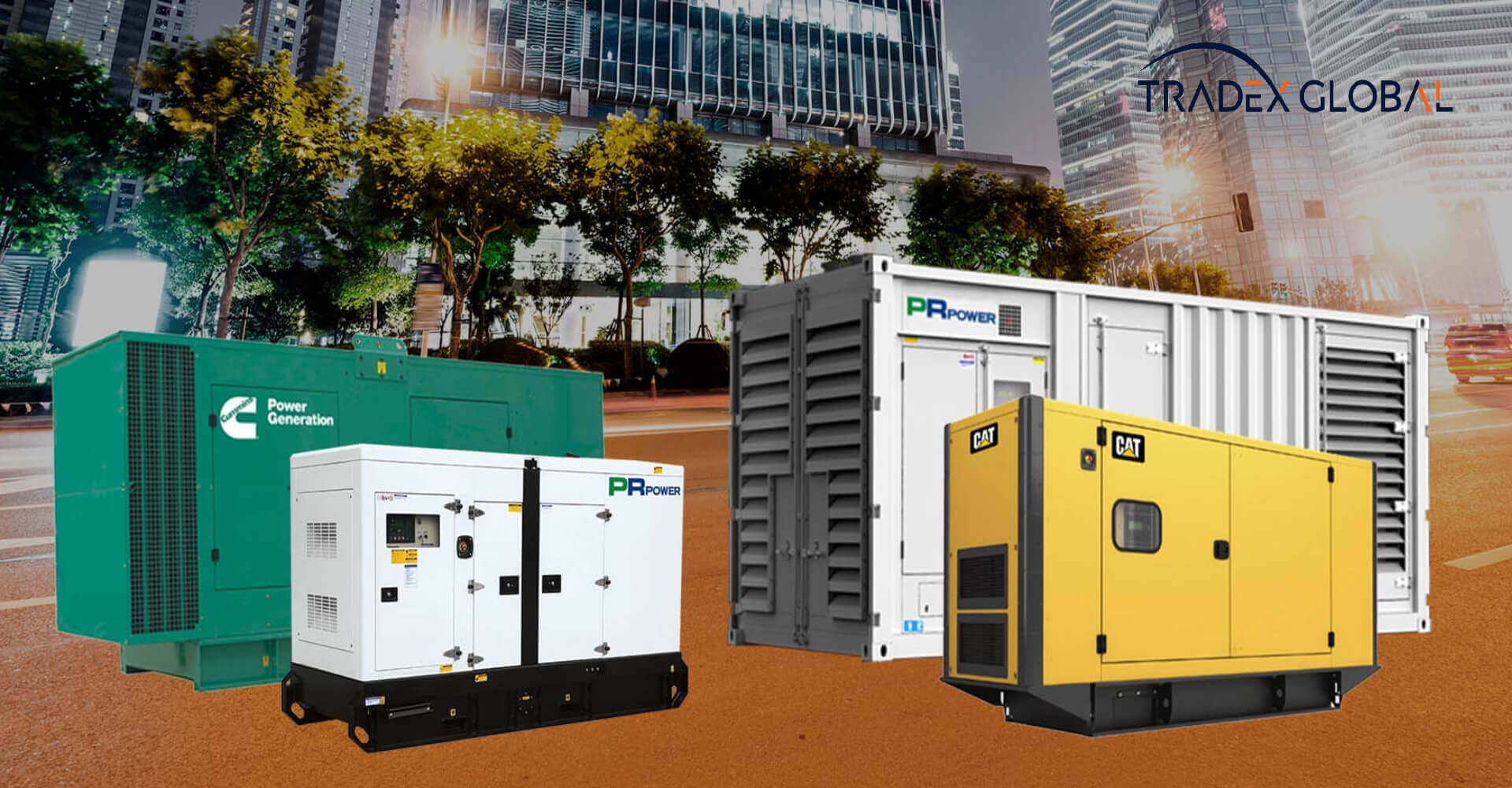 We specialize in low-hour used generators from 20 kW to 4000 kW.  We offer high quality diesel, natural gas, and propane electric power continuous and emergency standby generators for sale. We export used and non functional generators for parts to countries where they can still be repaired and used again.

Electrical generators are standalone machines that provide electricity when power from the local grid is unavailable. Industrial generators are often used to supply backup power to facilities, businesses, or homes during power outages but they can also be used as a primary power source in areas where a local electrical grid is unavailable or difficult to access such as mining and farming operations or even new developments and construction.

How Does A Generator Create Electricity?

What Are The Parts Of An Electrical Generator?

There are nine parts to a generator and they all play a role in getting power to where it is needed most. The parts of a generator are:

How Do I Size A Generator?

The single most important part of installing a backup generator or a prime generator is getting the size right. Undersized generators won’t be able to provide you with all the power you need and you’ll be forced to pick and choose which electrical components will receive power from the generator and which ones won’t. Even worse, running an undersized machine can strain the unit, causing the generator to cut out mid-operation, may lead to premature generator failure, and can possibly damaging the devices connected to it.

It’s generally better to buy a bigger generator than a smaller one, but oversized generators have their drawbacks as well. Installing a generator that provides much more power than you need is a waste of resources. You’ll overspend on the genset itself, spend more on fuel and other consumables than you need, and also run the risk of damaging the devices connected to the generator.

Generators range in power capacity from 5 kW to 50 kW in the residential market and from 50 kW to over 3 Megawatts in the commercial and industrial markets, giving buyers plenty of choices, but also raising plenty of questions as to which generator is right for them. Correctly sizing a generator involves several factors and considerations. The best way to ensure you have sized the generator correctly is to consult a certified electrician. An electrician can determine your exact power needs, your electrical system capacity and any necessary upgrades, and how to best install a generator.

What Do We Export?

Diesel generators are designed to meet the needs of small and medium-sized businesses apart from heavy usage in industries. A generator is a revolutionary product that brings clean and affordable standby power within the reach of millions of enterprises, homes and small businesses.

Compared with other generators that run on fossil fuels, natural gas generators are cost-effective, efficient to operate, and better for the environment. However, they’re not as flexible as other types of generators and won’t be the best choice for every application.

Used mainly for personal consumption. Widely available gasoline is often the first choice considered by generator shoppers. On the energy scale, gasoline has less stored energy than diesel and more than either propane or natural gas.

50+ years of experiences to give you better results

Don't hesitate to contact us for questions or inquiry.